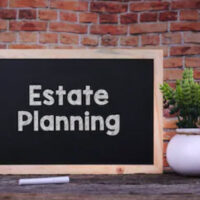 Contrary to what you might think from watching movies and television, it is actually quite uncommon for anyone to contest a Will. For one thing, not just anyone can challenge the validity of a Will. Under New York law, only those persons “whose interest in property or in the estate of the testator would be adversely affected by the admission of the Will” even have the standing to object.

What this means in plain English is that you need to be an heir who would stand to inherit the deceased person’s property if the Will were somehow found invalid. For example, let’s say Mary is an unmarried woman with two adult children, Josh and Amy. Mary signs a Will leaving her entire estate to Amy. Even though Josh is not named as a beneficiary in the Will, he is still an “interested person” in Mary’s estate, because if Mary’s Will were found invalid by the courts, Josh would then inherit half of his mother’s estate under New York law.

Of course, this simple example assumed it was clear who Mary’s children were at the time of her death. But, there are situations where the Surrogate’s Court has to resolve questions of paternity after a parent’s death.  While the idea of “the long-lost child who appears and demands their inheritance” seems far-fetched, it actually comes up in real life.

Indeed, it recently happened here in New York. In February 2018, a man (the decedent) passed away at the age of 94, leaving behind a $94 million estate. The decedent’s estate planning lawyer filed his Will with the Surrogate’s Court in Manhattan. Several beneficiaries filed objections to the Will, including a woman claiming to be the decedent’s daughter (the claimant).

The attorney moved to dismiss the claimant from the probate proceedings, arguing that she was not, in fact, his late client’s child. In support of his argument, the attorney submitted proof that the issue of the claimant’s paternity had already been litigated 30 years earlier. Back in 1986, the decedent married the claimant’s mother. The claimant was born 11 days after the wedding.

In 1988, the claimant’s mother filed for divorce from the decedent. During the divorce litigation, the decedent denied he was the claimant’s father. The mother initially argued he was the father, and requested and received temporary child support from the divorce court. But in a subsequent “Modification Agreement” signed in December 1988, both parties stated that there were “no children born of the marriage,” and the mother recanted her earlier paternity claim.

If you have been involved in a contentious divorce, or there are legal questions surrounding the identity of your potential children, it is important to consult with an experienced Putnam County estate planning attorney, who can help you sort out the potential implications for the administration of your Will or Trust. Contact Meyer & Spencer, PC, to schedule a consultation with a member of our estate planning team today.