Will New York Accept a Copy of a Will If the Original Is Missing? 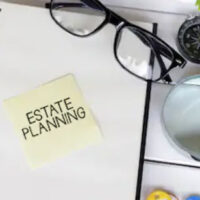 A will is an important legal document that must be signed not only by the person making the will, but also at least two witnesses who can attest to its authenticity. It is critical to always keep the original, signed will in a safe location that can still be accessible by the maker’s family or executor. And while it may be a good practice to keep copies of the will for reference, you should also know that in New York, the Surrogate’s Court will expect an original will when the time comes for probate.

But what happens if the original will cannot be located? Will a copy of the will suffice in a pinch? It is possible under New York law to admit a “lost or destroyed” will. But three conditions must be met:

Keep in mind, however, that the Surrogate’s Court will start with the presumption that a missing will was “revoked” by the testator (i.e., the person who made the will in the first place). The burden is therefore on the person trying to probate a copy of the will to meet the three conditions spelled out above.

To illustrate how high this burden is in practice, consider this recent decision from the Appellate Division, Second Department, Matter of Massimo. This case involved a will that went missing two days before the settlor died. The settlor apparently had kept the will in a FedEx envelope located in his sock drawer.

Nevertheless, the executor nominated in the will attempted to probate a copy. After a bench trial, a Queens Supreme Court judge denied probate. The judge found the would-be executor had failed to overcome the “presumption of revocation,” i.e., he could not prove the settlor did not revoke the will prior to death.

During the trial, a witness suggested the will may have been deliberately destroyed by the settlor’s nephew, who had been named executor under a previous will. But the judge said the witness’ “assertion,” without any corroborating evidence, was insufficient to overcome the presumption of revocation. On appeal, the Second Department affirmed the trial judge’s findings on this point.

Get Advice from a New York Estate Planning Attorney Today

After you make a will, it is essential to keep it in a safe place so as to avoid the potential for any third-party interference. An experienced Putnam County wills lawyer can advise you further on this and other related subjects. Contact the offices of Meyer & Spencer, PC, to schedule an estate planning consultation today.