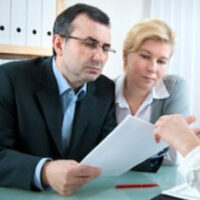 One of the reasons you make an estate plan is to minimize the risk your family (or other legal heirs) will resort to litigation after your death. To that end, many wills and trusts include an in terrorem or “no-contest” clause. Basically, this is language that states if a beneficiary unsuccessfully challenges a will or trust in court, they automatically forfeit any inheritance rights under those documents.

Second Department: Challenge to Executor’s Violation of Separate Agreement Does Not Qualify as a Will Contest

Just recently, the Appellate Division, Second Department, reversed a Surrogate Court’s decision declaring two sisters triggered a no-contest clause in their father’s will. The father passed away in 2014. Under the terms of the father’s will, his surviving spouse would retain a “life estate” in his 50-percent share of a limited liability company (LLC). Upon the spouse’s death, the life estate would terminate and the 50-percent share in the LLC would pass to the sisters (who were the father’s daughters from a prior marriage).

The spouse, who was also executor of the father’s estate, proceeded to sign a contract selling the LLC’s assets to a third party. The daughters then signed what is known as a “standstill agreement” with their stepmother. Essentially, the stepmother agreed to hold the proceeds of the sale in a separate bank account until everyone could agree on how to divide up the money.

The sisters later sued their stepmother, alleging a breach of this standstill agreement. In response, the stepmother argued the sisters violated a no-contest clause in their father’s will. Consequently, the stepmother asked the court to disinherit the daughters altogether.

The Surrogate’s Court agreed with the stepmother and declared the sisters in violation of the no-contest clause. The Second Department reversed, however, noting the sisters never “lodged any contest to the validity of the will, or otherwise interfered with its provisions granting [the stepmother] discretion to dispose of estate assets in her capacity as executor.” Rather, their lawsuit was based on the stepmother’s alleged violations of the standstill agreement, as well as her breach of duty as executor of the estate. Such claims were not barred by the language of the no-contest agreement in the father’s will.

A no-contest clause can be a useful tool in helping to avoid unnecessary litigation after your death. But it is not a magic wand that can prevent any disputes from reaching a judge. If you would like to learn more about no-contest clauses or any related subject from an experienced Putnam County estate planning attorney, contact Meyer & Spencer, PC today to schedule a consultation.