Is a Contract to Make a Provision in My Will Legally Binding in New York? 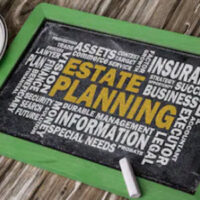 A will is the normal means of disposing of any property subject to a probate proceeding under New York law. But what if you make a contract with someone else that promises to dispose of your property after-death in a different manner? Is such a contract enforceable in New York?

The short answer is “yes.” Under New York law, a person can enter into a binding contract “to make a testamentary provision.” That is to say, you can make a contract that says, “I agree to give you this property in my will.” However, such a contract must be in writing and signed by you. A New York court will not enforce an oral or unsigned agreement after the property owner dies.

If a binding contract to make a testamentary provision exists, and either you or your executor fail to carry out the agreement, the other party may take your future estate to court. As you might imagine, this can lead to costly and time-consuming litigation.

An ongoing federal lawsuit involving property in Rockland County offers an appropriate cautionary tale on this point. This case, Sasson v. Mann, involve two men who sued the estate of their deceased father-in-law. The plaintiffs and the decedent co-owned a number of real estate companies based in Rockland County.

In a series of written agreements, the parties agreed the decedent would manage the companies, for which he was entitled to a specified annual salary. The agreement further stated that the decedent would include provisions in his will to give his interest in the business to his two sons-in-law, provided certain conditions were met. If for some reason the decedent failed to make such provisions in his will, the sons-in-law would still have a contractual option to purchase the decedent’s interest in the business from his estate for a total price of $1,000.00.

As it turned out, the decedent did not incorporate the terms of the agreement into his will. The sons-in-law then attempted to exercise their purchase option, but the estate balked. This prompted the sons-in-law to file a lawsuit.

After extensive discovery, both sides moved for summary judgment. On August 9, 2019, U.S. District Judge Cathy Seibel denied both motions and set the case for trial. To briefly summarize Judge Seibel’s ruling, she found that contrary to the estate’s position, the sons-in-law established the conditions triggering their option were met, and that they properly exercised their option. But there remained a dispute over whether the estate was “excused” from carrying out its end of the bargain due to an alleged breach of contract on the part of the sons-in-law.

Litigation such as the case described above can delay the settlement of your estate by a number of years. That is why you need to exercise caution when entering into any type of contract that might affect your future estate’s obligations. If you need advice from a qualified Westchester County estate planning attorney, contact Meyer & Spencer, PC today.