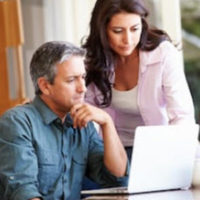 A trust is a common estate-planning tool where a person–usually known as the grantor or settlor–transfers assets to a trustee. The trustee is then legally obligated to administer the trust property on behalf of one or more beneficiaries named by the settlor in the trust documents. The trust typically also contains language indicating which state’s law should apply to its interpretation and enforcement.

The U.S. Supreme Court recently addressed the question of whether one state can legally tax the income generated by a trust created and subject to the laws of another state. As it so happened, the trust in this case is based here in New York. The State of North Carolina taxed the New York trust’s income, arguing it was subject to that state’s jurisdiction because one of the beneficiaries lived there.

Here is some more background on the case, North Carolina Department of Revenue v. The Kimberly Rice Kaestner 1992 Family Trust. Joseph Lee Rice III created the Trust about 30 years ago. His three children were the named beneficiaries of the trust. Rice, who lived in New York, said New York law would govern the trust, and he named another New Yorker to serve as trustee. The trust documents further granted the trustee “absolute discretion” to decide when and how to distribute the trust’s assets to Rice’s children.

In 1997 one of Rice’s children, Kimberly Rice Kaestner, moved to North Carolina. Some time later, the trustee divided the trust into three smaller subtrusts, one of which was for the benefit of Kaestner and her children. This division did not affect the terms of the original trust, meaning it was still governed by New York law and the trustee retained “exclusive control” over all distributions.

North Carolina law imposes a tax on trust income that “is for the benefit of” a North Carolina resident. Relying on this law, the state’s Department of Revenue slapped the trust with a $1.3 million tax bill, representing tax on the “full proceeds” accumulated by the Kaestner subtrust from 2005 to 2008. The trustee paid the tax bill under protest, then promptly filed a lawsuit, arguing North Carolina had no authority to tax a New York-based trust.

The U.S. Supreme Court agreed. In a June 21, 2019, opinion, the Court held the “presence of in-state beneficiaries alone does not empower a State to tax trust income” under these circumstances. Writing for the Court, Justice Sonia Sotomayor explained that in this case, the money in the subtrust was still under the exclusive control of the New York trustee. Kaestner and her children did not receive any distributions from the trust during the 2005-2008 period at issue. Indeed, the trust made it clear the beneficiaries had no right to “control, possess, or enjoy” the trust assets absent the trustee’s exercise of discretion.

Get Trust Advice from a New York Estate Planning Attorney

Only a few states tax trust income based on the residency of a beneficiary. But this is just one of many potential legal issues that may arise in the administration of a trust. This is why you should always consult with an experienced Westchester County trust lawyer when creating or revising a trust. Contact Meyer & Spencer, PC, today if you need advice or assistance with a trust or any other estate planning matter.