Can My Spouse Still Inherit from My Estate If We Were Getting a Divorce When I Died? 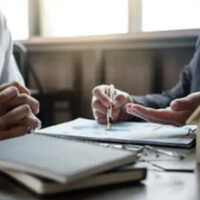 In New York, the surviving spouses of a deceased person have the right to take an “elective share” of their estate. The elective share rule effectively prohibits someone from completely disinheriting the spouse via a will or trust. The scope of the elective share depends on whether the deceased spouse had an estate plan and/or children.

Also note that the elective share rule applies to what is known as the decedent’s “augmented” estate. This includes not just property subject to probate, i.e., transfers made under the will, but also any property the deceased placed in a living trust or held in a joint tenancy with someone other than the spouse. Again, the whole point of the elective share rule is to prevent someone from disinheriting a spouse through estate planning.

Now, the elective share rule only applies to a surviving spouse. If the couple divorced prior to the decedent’s passing, the survivor cannot claim an elective share. New York law also bars a spouse from taking an elective share if they “abandoned the deceased spouse, and such abandonment continued until the time of death.”

But what if a couple separated and were in the middle of divorce proceedings when one of them died? Can the survivor still claim an elective share if the divorce was not final? These questions have been in the news recently due to pending litigation over the New York estate of Ric Ocasek, the former lead singer of The Cars, who passed away in September 2019. At the time of Ocasek’s death, he was in the midst of divorce proceedings with his wife, Paulina Porizkova.

According to the New York Post, Ocasek and Porizkova were still legally married when he died. But Ocasek had signed a new will weeks before his death that disinherited Porizkova. The will explicitly stated that Porizkova had “abandoned” Ocasek. Porizkova has contested this assertion, stating she and Ocasek were on friendly terms up until the day of his death. It will ultimately be up to the courts to decide whether or not “abandonment” actually occurred.

Regardless of the outcome of the Ocasek estate, there is an important takeaway: If you are contemplating divorce, you need to consider the estate planning ramifications. Indeed, it is always a good idea to revise your estate plan following any major life event, including a divorce. If you need advice or assistance from a qualified Putnam County estate planning attorney, contact Meyer & Spencer, P.C., today to schedule a consultation.